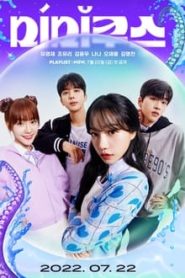 Students at an arts high school strive to prove that they are the “real deal” amidst a culture where mimicking one another is the norm. Han Yoo Sung is a cold-hearted and upright son of a wealthy family who seems to have grown up in a bubble. But little do others know that underneath his prickly exterior is a student who is itching to show off his talents. He despises mimicking others or being mimicked himself, but he gets wrapped up in a strange rumour that claims he has been copying Ji Soo Bin, a famous trainee at a major entertainment company. Ji Soo Bin is the son of an entertainment company executive who is in the spotlight for being a famous trainee. Despite receiving so much attention, he is a mysterious character who actually has a secret he strives to keep under cover.